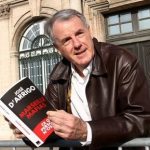 Bank collapses, the sub-prime crisis and state debts running out of control – since 2008, experts and politicians have defined the economic crisis as a derailment of the financial system. Governments, without hesitation, instituted emergency bank bailouts and numerous other measures to revive the ailing economy. Five years on, the recovery is, at best, faltering and, at worst, illusory. In this timely and thought-provoking book, Dutch oil industry experts Maarten van Mourik and Oskar Slingerland argue that the crisis has been falsely diagnosed. They make a compelling case that energy, rather than the financial system, lies at its root. In 2006, by analysing industry data, they correctly predicted steep oil price rises and the economic shock that would follow. Using the same data, they now argue that the era of cheap oil is over, and with it our prospects for long-term growth. The situation should trigger a radical change of our economic and production models, yet western governments have failed to grasp the challenge. If nothing changes, the book argues, we will be heading further into deep trouble.

We use cookies on our website to give you the most relevant experience by remembering your preferences and repeat visits. By clicking “Accept All”, you consent to the use of ALL the cookies. However, you may visit "Cookie Settings" to provide a controlled consent.
Cookie SettingsAccept All
Manage consent

This website uses cookies to improve your experience while you navigate through the website. Out of these cookies, the cookies that are categorized as necessary are stored on your browser as they are essential for the working of basic functionalities of the website. We also use third-party cookies that help us analyze and understand how you use this website. These cookies will be stored in your browser only with your consent. You also have the option to opt-out of these cookies. But opting out of some of these cookies may have an effect on your browsing experience.
Necessary Toujours activé
Necessary cookies are absolutely essential for the website to function properly. This category only includes cookies that ensures basic functionalities and security features of the website. These cookies do not store any personal information.
Non-necessary
Any cookies that may not be particularly necessary for the website to function and is used specifically to collect user personal data via analytics, ads, other embedded contents are termed as non-necessary cookies. It is mandatory to procure user consent prior to running these cookies on your website.
Enregistrer & appliquer