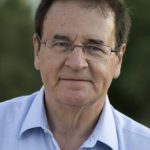 « This is a most timely book. In front of the expected Paris COP 21 fiasco, there are more and more reasons to question the conventional wisdom of what has become almost a religion.

Christian Gerondeau, a distinguished French engineer, explains clearly why the conventional approach is so deeply flawed, and what needs to be put in its place. He is neither overcome by the cultural pessimism of the Western political classes nor seduced by their grandiose oratory. He keeps his feet on the ground and is concerned with what works.

Thus we should focus less on the uncertain science of global warming and on highly speculative horror stories about its possible impact, and more on the practical way forward. While the technologically inept and economically ruinous decarbonisation route, even if it could be globally agreed (which it cannot), would intensify the problem of world poverty, the way ahead which Christian Gerondeau charts would alleviate it.

As Gerondeau observes, future generations wil fin dit hard to believe the story he accurately recounts in this book. It is e book that deserves to be widely read. »

Former UK Chancellor of the Exchequer

We use cookies on our website to give you the most relevant experience by remembering your preferences and repeat visits. By clicking “Accept All”, you consent to the use of ALL the cookies. However, you may visit "Cookie Settings" to provide a controlled consent.
Cookie SettingsAccept All
Manage consent

This website uses cookies to improve your experience while you navigate through the website. Out of these cookies, the cookies that are categorized as necessary are stored on your browser as they are essential for the working of basic functionalities of the website. We also use third-party cookies that help us analyze and understand how you use this website. These cookies will be stored in your browser only with your consent. You also have the option to opt-out of these cookies. But opting out of some of these cookies may have an effect on your browsing experience.
Necessary Toujours activé
Necessary cookies are absolutely essential for the website to function properly. This category only includes cookies that ensures basic functionalities and security features of the website. These cookies do not store any personal information.
Non-necessary
Any cookies that may not be particularly necessary for the website to function and is used specifically to collect user personal data via analytics, ads, other embedded contents are termed as non-necessary cookies. It is mandatory to procure user consent prior to running these cookies on your website.
Enregistrer & appliquer